A comprehensive view of the ancient Greek world, its history and its achievements. The legacy of the Hellenistic world is vast--it ranges from architecture to philosophy, literature, and the visual arts to military strategy and science. This authoritative study covers the period from the eighth century BC, which witnessed the emergence of the Greek city-states, to the conquests of Alexander the Great and the establishment of the Greek monarchies some five centuries later. Chapters dealing with political and social history are interspersed with chapters on philosophy and the arts, including Homer, Greek myth, Aristotle, and Plato, Greek dramatists such as Sophocles and Aristophanes, and the flourishing of the visual and plastic arts. This volume, first published as part of The Oxford History of the Classical World, includes illustrations, maps, a Chronology of Events, and suggestions for Further Reading. 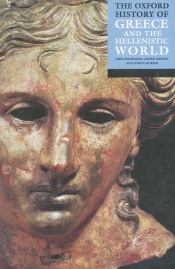