Olendara —  a tropical port city of warring gods and cultures, jungles and canals, faith and obsession.

Before their mother got sick, twins Iyo and Issa couldn't wait for the end of their apprenticeship. Iyo dreamed of joining the secretive fighters guild and killing the invaders whose harsh rule reduces their lives to mere survival. Issa craved the peace of diving for the waterstones that heal and purify in the hands of the priests. Alone in the sea, no one can sneer at her invader heritage.

When they steal a divine waterstone in a desperate gamble to cure their mother, they shut themselves out of any future they could have imagined. Instead they enter a world of gods, visions and betrayal. Now their lives, everyone they love and the very existence of their city may be at risk of destruction. 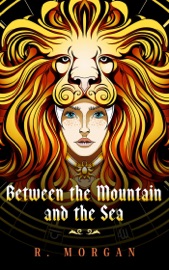